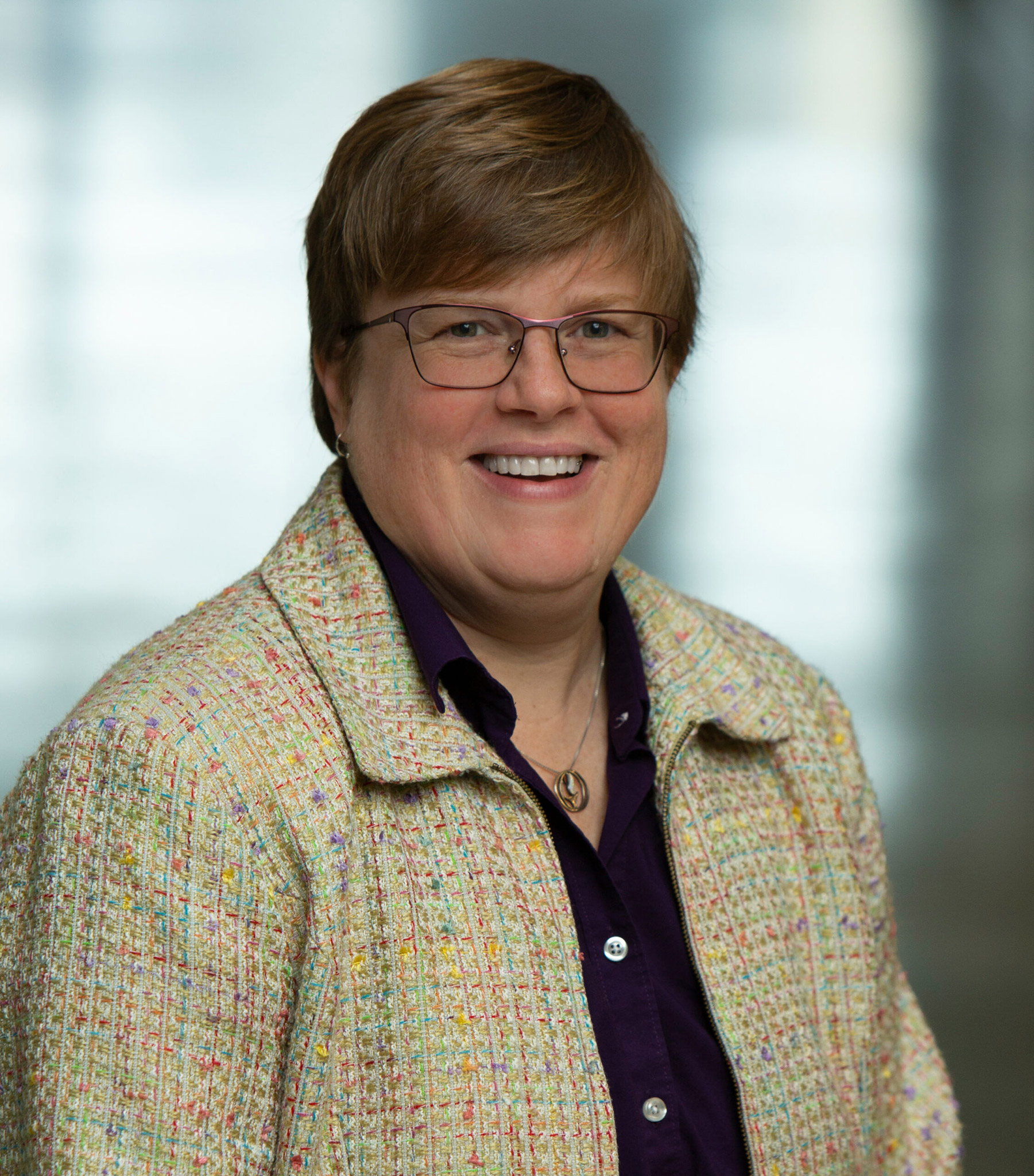 A life-long Unitarian Universalist, Emily grew up in Pittsburgh, Pa. Within the community of the First Unitarian Universalist Church of Pittsburgh, she cultivated her love for learning about what people believe and why. It was this that sparked her decision to major in religion and minor in sociology/anthropology at Swarthmore College, where she graduated with honors in 1990. Feeling an urge to see—and save—the world, she joined the Peace Corps, and they sent her to Poland, where she taught English as a Foreign Language to high school students from 1991-1993.

Unsure of her next steps in life, Emily returned to Pittsburgh and to the congregation where she grew up. She became the youth advisor, and it was in those months that she realized that she was called to the ministry. It would call upon her many passions and interests in life: learning, making a difference in the world, being part of and cultivating multigenerational community, writing, creating worship, making music, teaching, and listening to people’s lives. She attended Harvard Divinity School in Cambridge, Mass., and as part of her training, served as ministerial intern at First Religious Society (Unitarian Universalist) in Carlisle, Mass. That congregation ordained her to the Unitarian Universalist ministry on June 7, 1997, a few days after she earned her Masters of Divinity degree.

After ordination and graduation, the Universalist Unitarian Church of Joliet, Ill. called Emily to be their minister. She served this community from 1997-2008. During this time, the congregation sold one building, bought and renovated a new one, became a Welcoming Congregation, experienced significant growth, and otherwise served as a liberal religious beacon in the southwest suburbs. Emily was active in the Joliet Ecumenical Clergy Association and served as their president.

She has been at Unity Temple since August of 2008, serving as Minister of Faith Development. Her primary portfolio is to oversee the lifespan religious education programming, though she is called upon to serve in all other ministerial capacities as well.

She is married to Karen McMillin and they have a son Paul, born in 2011. In her spare time, Emily enjoys reading, writing, walking the dog, traveling, and listening to and playing music. 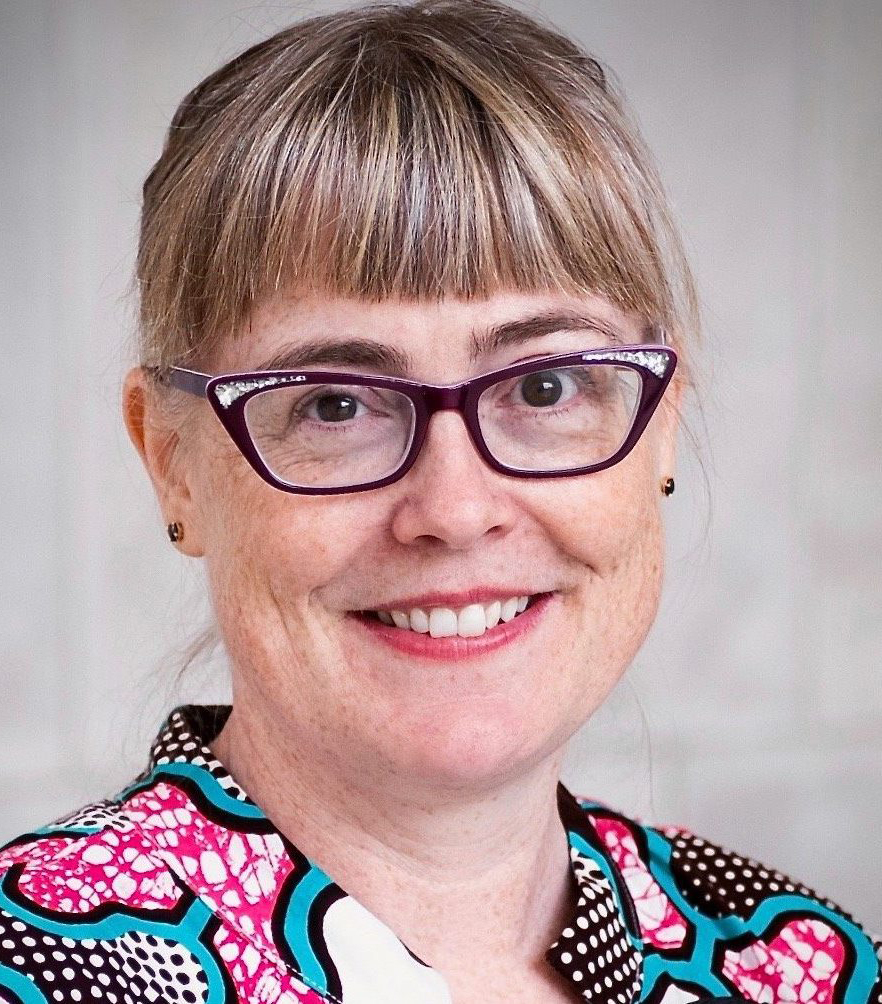 Rev. Dawn’s theological motto is “Love the Hell Out of the World”. She grew up in the Washington, DC suburbs. After leaving that area, she and her spouse lived in Minneapolis for nearly 10 years, where both their children were born and she graduated from seminary. Rev. Dawn comes to us most recently from Louisville, KY, where she and her family moved in 2009 when she was called as the minister of First Unitarian Church. After serving that congregation for seven years, Rev. Dawn stayed in Louisville and worked for the UUA as Congregational Life Staff for the Southern Region, and then as Executive Director of Kentucky Interfaith Power & Light and as the founder of the Kentucky UU Justice Action Network. 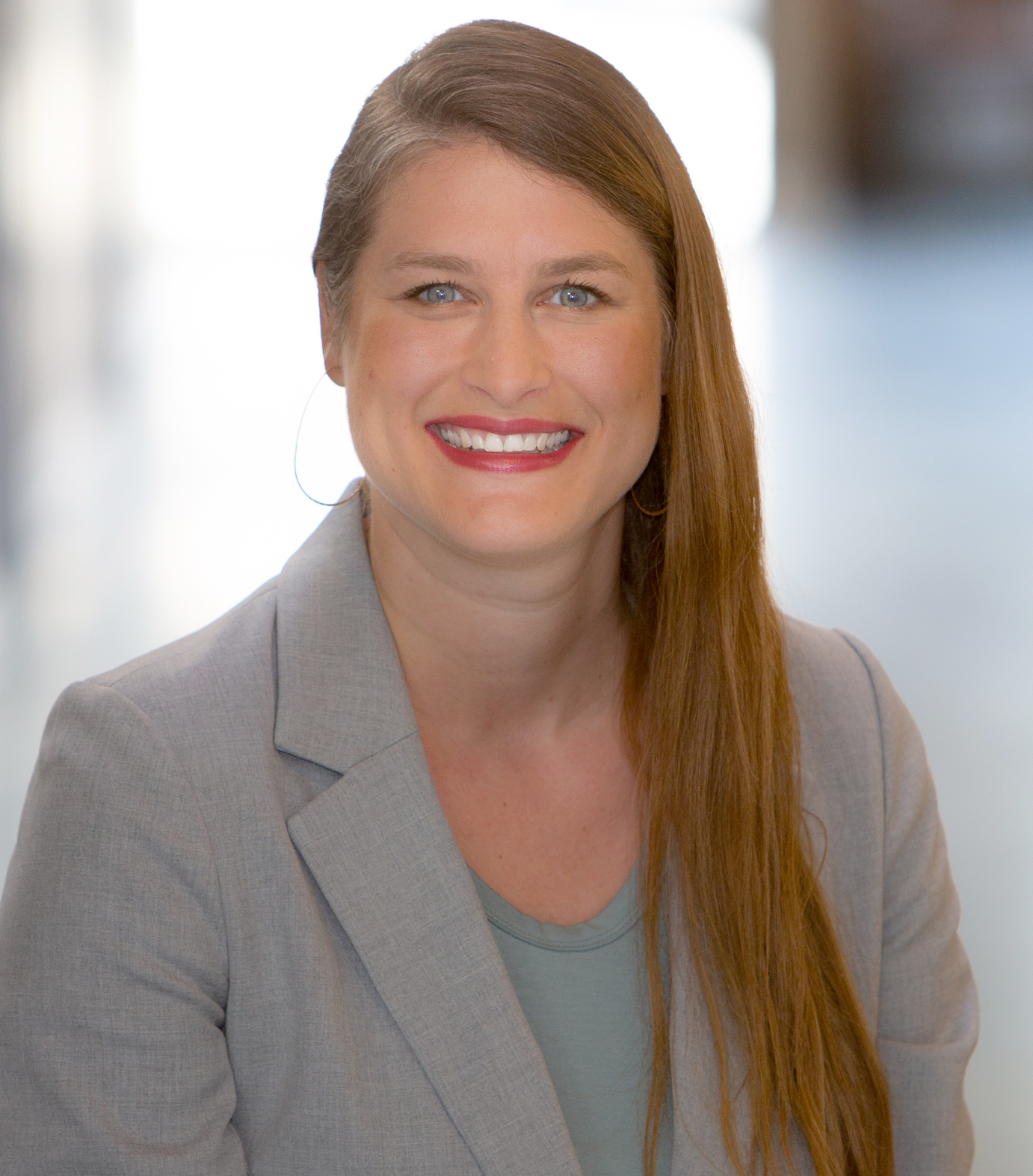 mandi huizenga* is the Ministerial Intern at Unity Temple. Born and raised in Grand Rapids, Michigan, she met her partner there and then they moved to Princeton, N.J., where they lived for nine years. They became Unitarian Universalists at the Princeton UU Congregation, transferring their membership to Morristown Unitarian Fellowship in Morristown, N.J., when they moved to northern Jersey to live for eight years.

mandi worked as the Congregational Administrator at the Fellowship for five and a half years before receiving her call to ministerial ministry. Her call is rooted in the belief that our churches can be models of justice and love through both internal (administrative and programmatic) justice work and in the ways we share that justice work beyond our walls. Her queer identity informs how she sees this work done by rejecting the binary and employing fluidity in a congregation’s administration and program work. She believes that theological faith formation is key to this process and she creates curriculum to support this transformation.

Anti-oppression work in all its forms is a way of life for mandi. She sees the work of destroying racism, classism, ableism, heterosexism, sexism, patriarchy, and protecting our planet and our children as a faithful obligation for anyone who adheres to the Unitarian Universalist seven principles.

mandi moved to Oak Park, IL, in June of 2019 with her partner, Elías Ortega (he/him) and their two biracial (Dutch and Puerto Rican) children, Luna (she/hers) and Lucien (he/him/ze/zir). She is in her last year as a student at Chicago Theological Seminary and describes her theological perspective as Daoist with scientific- and earth-centered focuses. Her garden is her primary spiritual practice that reflects her theological values, including earth based ritual, and a source of food for her family. She also embroiders and cross-stitches in her spare time. The family loves the outdoors, traveling, food, and is always up for a new adventure or eating their way through a new city.

*mandi does not capitalize her name. This is a spiritual practice to de-center human authority over nature. First suggested by Robin Wall Kimmerer in her book Braiding Sweetgrass, this practice is a reminder that humanity is a part of the natural world and does not hold dominion over it. 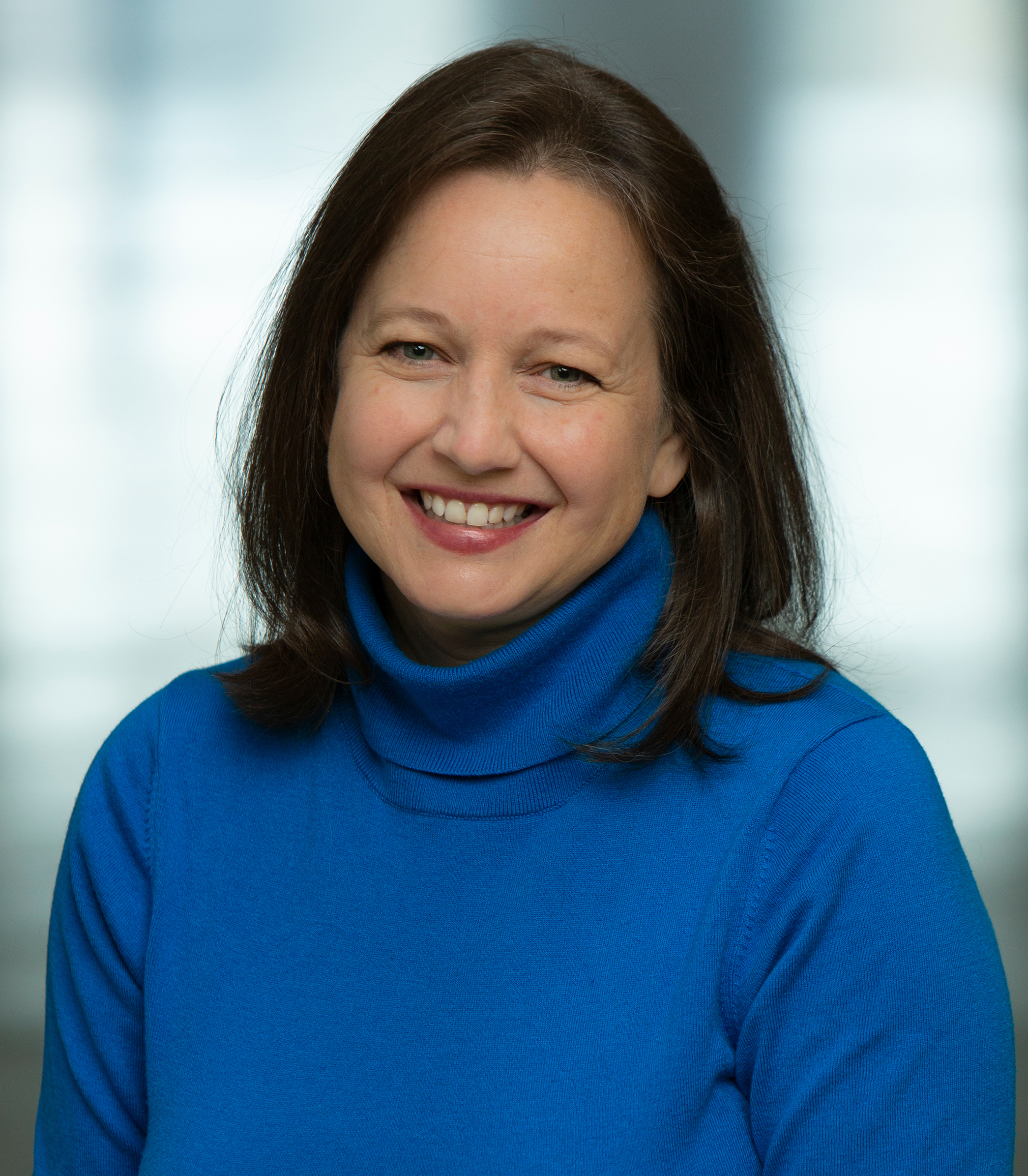 Rev. Colleen Vahey joined our core staff team in 2015. As our part-time Faith in Action Coordinator, she coordinates the work of our congregation’s eight Faith in Action teams and our Sunday collections program. Colleen has helped build and strengthen our Faith in Action Network with a clear vision to be spiritually grounded, deeply relational, and strategically effective. Her favorite part of this ministry is equipping people to act for justice and liberation. In addition to her work with our congregation, Colleen also serves as the Minister of Third Unitarian Church in Chicago’s Austin community. Colleen brings a wealth of experience having previously served as a hospital chaplain, religious educator, and college lecturer. Colleen enjoys time with her family, kayaking, and hiking. 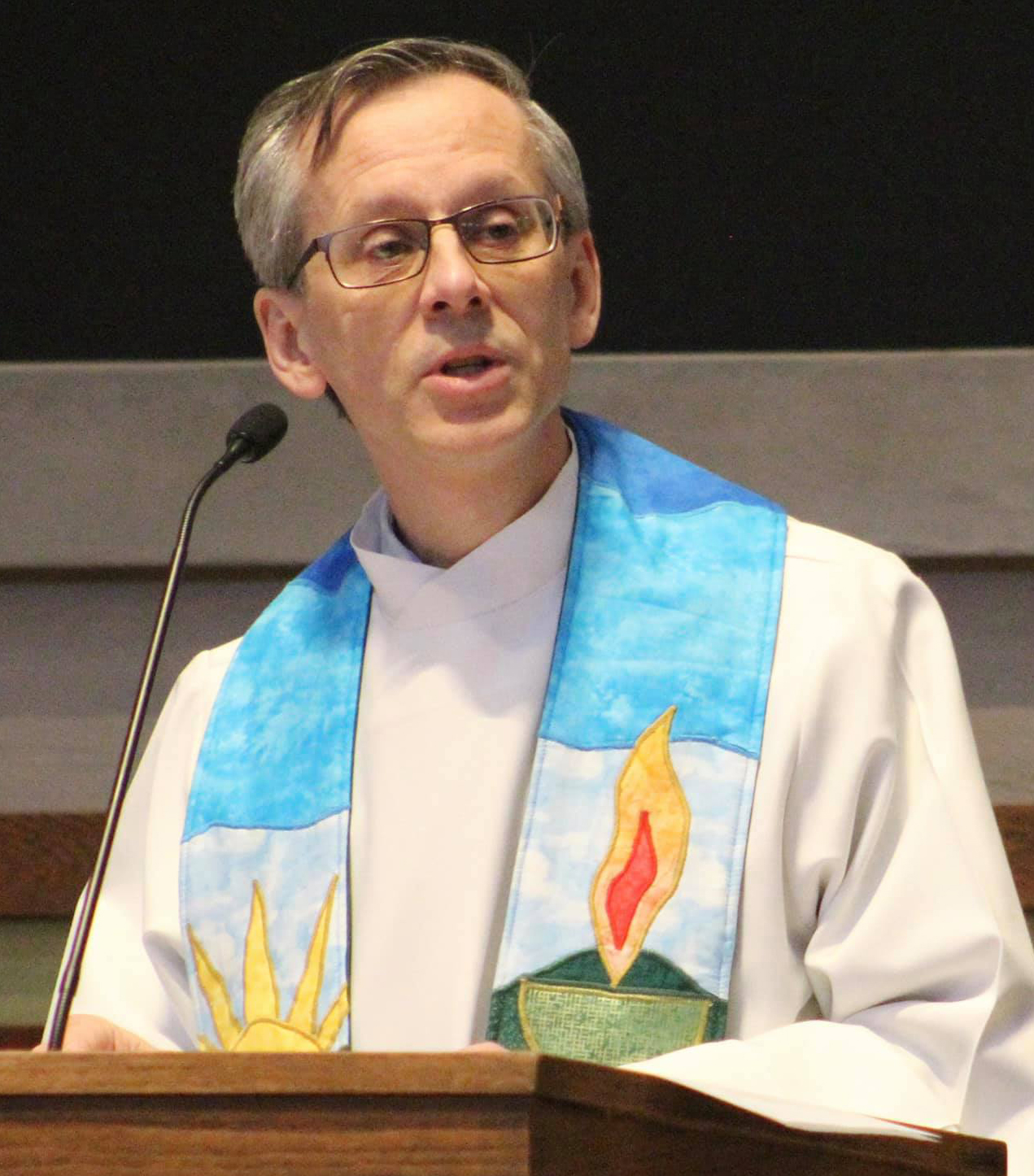 As Unity Temple’s Community Minister, Rev. Scott Aaseng serves as Executive Co-Director of the Unitarian Universalist Advocacy Network of Illinois (UUANI), our statewide UU justice network strengthening the movement for justice, beloved community and a healthy planet through relational, intersectional, values-based organizing. As a Lutheran pastor on the southwest side of Chicago in the 1990s, he helped found a community-based youth organization, and went on to do multi-state organizing with the American Friends Service Committee. Since finding his UU grounding at Third Unitarian in Chicago, he has served, in various capacities, UU congregations in Quincy, Evanston, Rockford and Springfield IL as well as Hobart IN. He lives in the Austin neighborhood of Chicago.