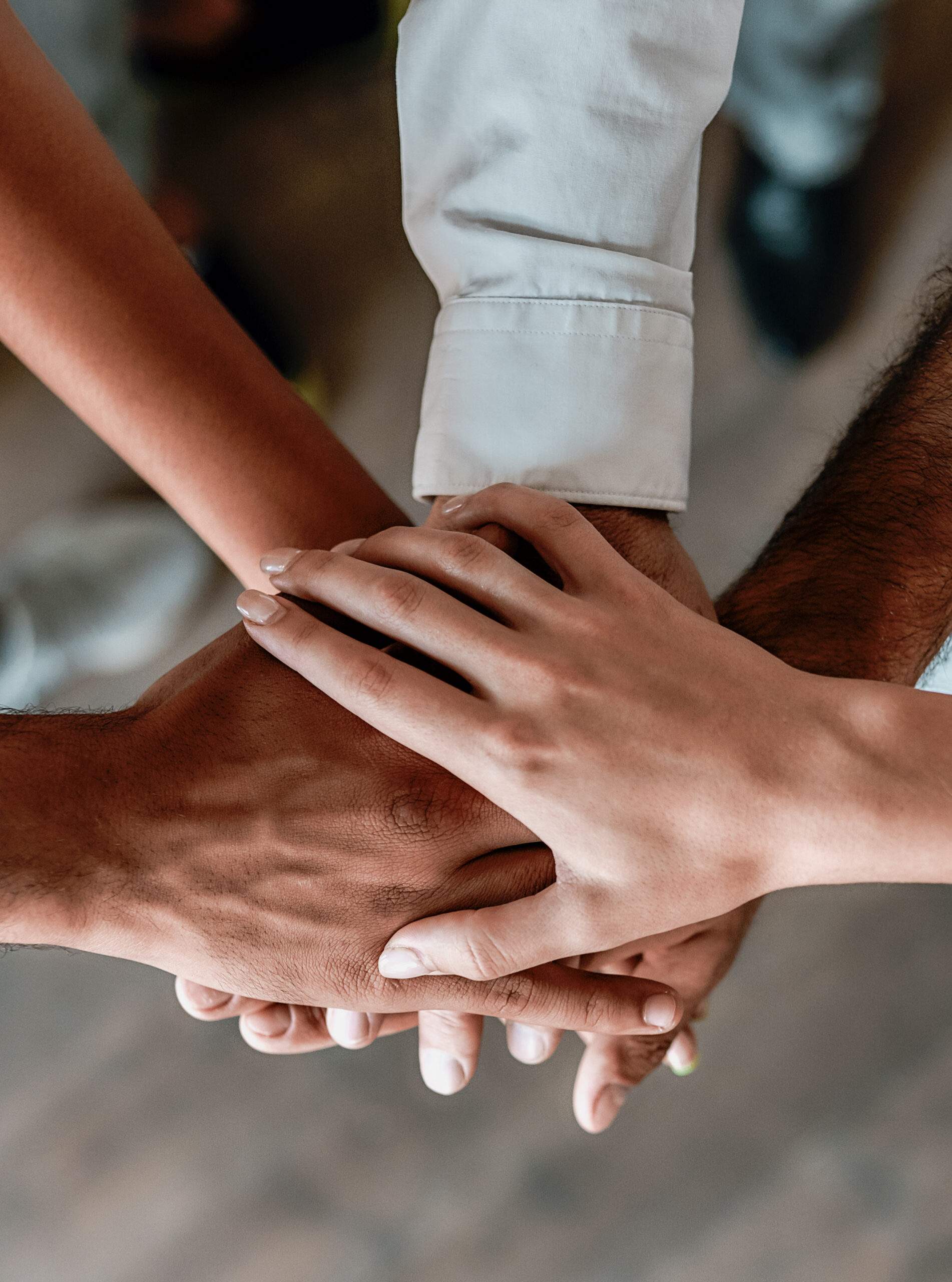 Unity Temple Unitarian Universalist Congregation is governed by a nine-member Board of Trustees. Board members are elected each year for three-year terms in office and assume specific responsibilities for the duration of their terms. The Interim Minister, Minister of Faith Development, Director of Operations, Director of Membership and Engagement and Treasurer serve as ex-officio members of the Board of Trustees.

Messages from the Board

I’m a mother, music maker, and animal lover. I was born in Iowa and moved to Chicago to become a teacher. I’ve always worked with children and spent ten years teaching in North Lawndale. After staying home to care for two boys for about six years, I now teach at a Reform Jewish preschool. My passions include canning, camping in our 20-foot RV, Weimaraners, oceans, and advocating for important issues and people. I’m a member of the fabulous Unity Temple Choir, the Worship Committee, and I also write cards to those who share during Holding Each Other in our Hearts, among other things. I live in Chicago with my wife Lori, our two spirited boys Henry and Abram and our two dogs. Our family joined Unity Temple in 2007. You probably didn’t know that I spent a year at a boarding school in the Himalayan Mountains in India, with students from 38 different countries. I love scuba diving and have dived over 100 feet, but have only seen sharks a couple times.

I first started attending Unity Temple services by accident in 2007. During graduate school, I used to study at the Oak Park Main Library and found myself one Sunday morning in Oak Park before the library opened. Out of curiosity and with time on my hands, I wandered into a Sunday service at Unity Temple and found my spiritual home.

Since officially joining as a member in 2014, I’ve become increasingly involved in congregational life. Most recently, I’ve facilitated a Soul Connections group, served on the Annual Senior Minister Review team, and am now a member of the Personnel Committee. When things return to normal, I look forward to attending more UTUUC All-Congregation Retreats with my husband Jeff and son Liam.

Outside of Unity Temple, I do UX research and strategy for a digital healthcare consultancy. In my free time, I am an enthusiastic gardener and pretty decent cook (no baking, though). I have also recently returned to figure skating, after a three-decade hiatus.

I have been a member of the Congregation since 2014, along with my spouse Ron Dubreuil and our child LiZhong Dubreuil. I’ve served on the Celebration of Life Committee, the Religious Education Committee and as an RE teacher. I am an elementary school teacher, and I hope to help us reconcile and rebuild our congregation during this time of change, and to help us better connect our words with our actions. I will bring the ability to listen deeply and experience in evaluating disparate stakeholder needs to my service as Trustee. I want to help bring people back together deliberately and intentionally, and to explore how we can best become a congregation that truly is “Welcoming All.”

At UTUUC I am a tenor in the Unity Temple Choir, a member and past Chair of the Music Ministry Committee, and also Chair of the Community Center (1019) Front Desk Team. I was a member of the Ad Hoc Planned Giving Committee and am a member of the Schubert+ Festival planning team, which has so far included the 2020 Festival and the 2018 event.

In a former UU incarnation, I was two-time board president at Unitarian Church of Hinsdale and a multiple-term member of that church’s board. I have also been a board member and president of several other volunteer organizations. I am a docent at Chicago Architecture Center, where I am a member of the Docent Council, the body that governs the docent program at the Center, which has over 400 active docents. I am also a member and Recording Secretary of that organization’s Tour Committee, which vets, approves, and monitors all tours given by the Center. I am also tour director or co-director of 9 of the Center’s tours. I have served there on several ad hoc committees, most recently one that, with substantial marketing and competitive data, changed the nature of the Center’s tours so that they are substantially more engaging. I am also the head of a small organization that has been documenting Chicago’s public art.

What you probably don’t know about me is that I have been called a computer geek (because I am one), that I’m an avid birder, and that I played the accordion when I was younger and the 12-string guitar when I was older, careers cut tragically short by significant lack of demand and carpal tunnel syndrome.

When I was in college, my mother dragged me off to a Unitarian service in Milwaukee. It was then I realized that I was born a Unitarian, but it had just taken me a while to recognize it. However, it took the birth of my daughter to motivate me to get out of bed Sunday mornings and join a UU church in the Detroit area where I was living.

In 2008, my husband Larry Kameya and I moved to Chicago. We immediately started visiting UU churches to find a new religious home. Unity Temple seemed the most welcoming, and we joined the following year. Since then, among other things, I have been part of an ongoing Chalice Circle, led a number of Pathways classes, canvassed for the capital campaign, and become treasurer.

Professionally, I taught mathematics and was an administrator at a college near Detroit, but retired when we moved to Chicago. I live downtown Chicago with Larry. We both are docents with the Chicago Architecture Center (CAC), which can lead to some mighty geeky conversations over cocktails. I give several tours for the CAC, including the River Cruise and one of the Fulton Market district. And you probably aren’t aware that I am an avid bird watcher.

I live in Oak Park’s Longfellow neighborhood with my wife Lindsay and our children, Charlie (12) and Olivia (9). We’ve been coming to Unity Temple since 2017 and definitely feel like it’s “home.” I’ve enjoyed teaching RE, Lindsay and the kids are very active singers and we all love the congregation’s Fall Retreat.

I am a lifelong UU, practically raised in the church because my mother was the Director of Religious Education at our Unitarian Society of New Haven, Conn. Many of my fondest childhood memories, and the most influential people in my life have come from our UU faith community.

Professionally, I am privileged to work at the intersection of philanthropy and workforce development. I lead a collaboration of foundations that support workforce training and worker rights. Something you might not know about me is that I was a Middle East Studies major, and studied in Cairo. I still have a deep affection for Muslim and Arab culture.

I have been a member of UTUUC since 2009, along with my spouse Anke and our children, Annika and Mycah. I am an active member of the Choir, currently serving as its President. Through my work as a Production Manager on live events, and my service on the Tuscan Lofts Condo Association, I’ve gained significant experience working with different personalities and finding ways to collaborate to get the job done. I look forward to helping to get our people back into Unity Temple, physically and spiritually. I plan to bring humor, an open mind and fun to the work of the Board.

I joined the congregation in 1980, initially teaching RE classes for several years, with my late wife Ellen Wehrle. I served several times on the Fund Raising team, both recently and long ago. I served on the UT Board 30 years ago, as well as on the Personnel Committee. Active in church retreats, softball team, I attend Adult Ed programs, Mindfulness, and as much as I can take in from our congregation. Currently involved with Faith In Action/Restorative Justice/Community Renewal Society. I have a bachelor’s degree in sociology, as well as a degree from the Chicago National College of Naprapathy in natural healing. I had a 40-year career in manufacturing plant management (making pegboard), and have recently taken courses in Community Organizing and Interfaith Leadership. You probably don’t know that I am the second stupidest person ever to graduate from the University of Chicago. (My roommate said he was #1.)

I am a long-time member of UTUUC (since the merger in 1994), and was previously a member of Beacon Unitarian. I’ve participated in congregational life and leadership in many ways, from Religious Education to Choir, to Beloved Conversations, and in many other groups and events. I co-led the Auction Committee for six years and Annual Fund Drive for 3 years. I have served on numerous committees, including Membership, Worship, Facilities, Memorial Planning, and most recently on the 8th Principle Committee.

I am retired from full-time work as an Advanced Practice Nurse and have my own family therapy practice. I’ve attended General Assembly for 14 years as a member and a delegate. I  bring my experience to the work of healing and regrowing our congregation, reshaping  how we operate, and moving toward living our best selves.

I’ve been a member of Unity Temple since 2009 and have been involved in our religious-education programs, teaching classes about religious and religious literacy for children and adults. My wife Helen is also a member and is a freelance violinist who has played several times in our church services. We also have two kids who have grown up in Unity Temple and have benefited from the amazing RE programs that we offer here. Unlike many members of the congregation, we do not live in Oak Park but instead live in Chicago – we’ve been able to participate even more in the life of the church now that so much of our worship and activities are virtual. Professionally, I am a lawyer who used to be a federal prosecutor in Chicago and who used to be a reporter for the Chicago Tribune. In my spare time, I research and write on a variety of topics, including health care fraud, Sherlock Holmes, and how legal and political issues get depicted in popular culture. One thing that you may not know about me is that you may already have heard me on the radio – I was featured on This American Life’s “No Coincidence, No Story” episode talking about a huge coincidence–check it out if you’re interested! Here’s the link to that episode:  https://www.thisamericanlife.org/489/no-coincidence-no-story

The Board is governed by a Constitution and Bylaws.